Earlier this month, Iowa Governor Kim Reynold signed into law "the heartbeat bill" which prohibits doctors from performing abortions after they've detected fetal heartbeats in pregnant women. This is a great step in removing the scourge of abortion in our country! Of course, the bill is being fought by many, but at the very least, it allowed for some conversation to be had on the subject.

On social media, one news organization asked readers whether or not the "heartbeat bill" was a good thing or not. Discussion on a friend's social media account ensued, and it's helpful to see at least a little headway made with the second of two people I dialogued with. My words will be in blue, one interlocutor's in red, the other in green, and other commenters in various colors.

Tom: Can’t get behind a bill that says what a woman can do with her body and decisions.

Nicholas: I wouldn't get behind a bill that says that either. What the bill proposes is the protection of the female's (or male's) body that lives in a mother's uterus from outside harm. As for "decisions", there are certain "decisions" that should not be protected by the law.

Talking with Bishop Kurt Burnette on the Feast of Bl. Miriam Teresa Demjanovich

Over the past several years, I've gained another friend in heaven through a devotion to one of our country's newest saints, Bl. Miriam Teresa Demjanovich. I've written about her before on here, and when I had a chance to make this woman of God more widely known over at Ascension , I jumped at it. I was able to talk to a couple of Byzantine Rite Catholics, one a priest, and another the Bishop of the Eparchy of Passac in New Jersey. It was great talking to these two priests regarding this thoroughly American saint.

Click the link here to read the article in full, and see a snippet below:


Bishop Kurt Burnette, the current bishop of the Eparchy of Passaic where Teresa lived and died, sees her as a treasure not only to Byzantine Catholics, but to all American Catholics:

“Her learning of the faith through the Byzantine Rite, really affected her theological outlook. She saw contemplation as an outreach of the Trinity… 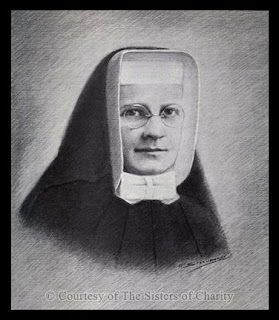 Posted by Nicholas at 2:51 PM No comments:

Attempting to Explain the Problem of Evil in Our World

One of the most difficult things to explain to people today is why evil is permitted in our world. Even harder to explain is how this evil is permitted despite a loving God existing. Recently, I read the heartbreaking comments of a first responder, whose faith has clearly been shaken, and I can't say that I blame him. But he was honestly trying to understand how such horrible things can happen. His comments:

Ok, I am a paramedic. I tried to save a 2 week old beaten to death by his father. I understand that what happens are consequences of your decisions, but what did that baby do? How does that fall into the whole loving god? Or the children born with major medical issues? The ones that can never leave the hospital, whose entire lives are spent laying in bed breathing and eating through tubes?

These are honest questions, and he can't be faulted for asking them. I tried to give the best response I could to this, as I think it's a question that plagues the minds of many people today, both Christian and non-Christian.

Read more »
Posted by Nicholas at 9:21 AM No comments:

Errors of the New Age Movement

The good folks at Ascension Press recently posted an essay I wrote regarding the errors of the New Age movement, and how its erroneous thinking has crept into many sectors of life in our culture. I include links to various statements of the Church in this overview. Click the link here to read the full story. A preview is below.

The flowery words of many New Age authors sound appealing, uplifting and inspiring, but when we get down to basics we see that such ideas as “being one with the universe” lead to a rejection of God. By turning inwards, people who become enamored with this philosophy attempt to experience various states of “consciousness” where they come to fuse with “the Whole” where “one is all and all is one”.

This is in stark contrast to what we as Christians believe will happen to us once we enter eternal beatitude with God. We don’t become but a drop of water that coalesces into a giant pool, but instead we retain our identity as we become perfected sons and daughters of God himself in heaven. In reality, such attempts to become one with “the universe” is nothing more than a revisiting of Gnosticism, condemned by the Church very early on.

Posted by Nicholas at 4:22 PM No comments:

Over the past couple months, I had posted some interviews with people I had met at the FOCUS SLS 2018 Conference in Chicago. Recently published in Christ Is Our Hope Magazine was my overview of the entire event. Again, this conference was awesome, and I only wish I had had the opportunity to attend something like this when I was in college.

Read more »
Posted by Nicholas at 5:45 AM No comments:

Email ThisBlogThis!Share to TwitterShare to FacebookShare to Pinterest
Labels: Call to action, sacraments

Regarding Cardinal Sarah's Comments on Holy Communion in the Hand

A few days ago, Cardinal Robert Sarah, the Prefect of the Congregation for Divine Worship and the Discipline of the Sacraments, authored a preface to a new book by an Italian priest, Fr. Federico Bortoli, entitled "The Distribution of Communion on the Hand: Historical, Juridical and Pastoral Profiles". The full preface can be found here, and one can only hope the book will be translated into English at some point soon. In any case, Cardinal Sarah makes many good points throughout, quoting many saints and popes in the short preface. He points out the following:

Why do we insist on receiving Communion standing and on the hand? Why this attitude of lack of submission to the signs of God? May no priest dare to impose his authority in this matter by refusing or mistreating those who wish to receive Communion kneeling and on the tongue. Let us come as children and humbly receive the Body of Christ on our knees and on our tongue. The saints give us the example. They are the models to be imitated that God offers us!

But how could the practice of receiving the Eucharist on the hand become so common? The answer is given to us — and is supported by never-before-published documentation that is extraordinary in its quality and volume — by Don Bortoli. It was a process that was anything but clear, a transition from what the instruction Memoriale Domini granted, to what is such a widespread practice today (...) Unfortunately, as with the Latin language, so also with a liturgical reform that should have been homogeneous with the previous rites, a special concession has become the picklock to force and empty the safe of the Church’s liturgical treasures. The Lord leads the just along ‘straight paths’ (cf. Wis. 10:10), not by subterfuge. Therefore, in addition to the theological motivations shown above, also the way in which the practice of Communion on the hand has spread appears to have been imposed not according to the ways of God.

Dialogue With a Pro-Choice Bodily Autonomist

I feel myself forced to agree with something many people (at least in the Catholic world) have observed: dialogue is dead. or at least, it's nearly dead. If one isn't devolving into personal attacks, then they're going in a hundred different directions, or ignoring legitimate questions in the course of a discussion. Below is a prime example of such a "dialogue".

Rare is the person who can be intellectually honest and actually have a legitimate conversation. It has happened before, in my experience... but man alive, is it rare. What you will read below stems from a meme that was posted on social media. The pro-choice person went on many different tangents, so I'll only include relevant portions of the thread. His words will be in red, mine in blue, and other persons' in varying colors. As you'll see as you're reading, I post this (and kept engaging this person) because some people may have encountered his arguments in the past and not known what to say. As this Facebook page gets a lot of traffic, I at least wanted to reply for their benefit, if not my interlocutor's, so as to show how ridiculous his position is. That fact will become increasingly clear as the conversation progresses.

Tom: I didn't realize you were being forced to have abortions.

Harriet: Each baby is forced to die without a choice in the matter.

Tom: "Baby"? I thought we were talking about fetuses. Do people abort babies now?

Read more »
Posted by Nicholas at 3:53 PM No comments:

Blogs You Should Check Out